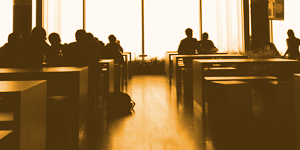 Another Golden Age for Ads?

I READ A POWERFUL ARTICLE by Mike Elgan this week. I’ve been thinking about it ever since. In brief, he argues that the age of social networking is over. Not social media—social networking. The distinction he’s making is between the kind of content your mom, your cousin, your nephew and your cat can generate has officially been outgunned by the kind of content professional content providers generate. (It’s a great read, so don’t stop at this summary: read the article.)

Assuming he’s right, what does that mean for advertising? On the face of it that should be a straightforward answer. If home-made content is being replaced by professional content on social media that reward short-form content over long form content, it should be a slam-dunk for advertising. It’s moving the whole conversation to agencies’ home court. In the long run, if that’s what happens, social media will become a set of discrete channels, they’ll increase prices until they’ve priced out all but heavy buyers, and this will be the fourth golden age for advertising. If not, social will likely become more and more like shopping at Walmart: you’ll know you can find just about anything you need but you’ll regret every visit.

So will this be the fourth golden age? It could be. We’ve seen this movie before.

In the first golden age of advertising, newspapers shifted from having their costs carried by individual buyers to advertisers, who eventually took over the lion’s share of the cost of publication and distribution. By the time of the living, all papers were full of whole page ads most of us passed over without a glance, quarter, eighth and in-column ads, and—of course—classifieds. You thought you bought your paper? You didn’t. We did.

In the second golden age, that exact model was applied to television. Almost seamlessly, advertisers ended up subsidizing almost everything but news. The costs were higher, the production costs were higher, but the payoff was much higher, so everyone (except maybe the consumer) was happy. The advent of cable briefly interrupted this progression: HBO’s original claim to fame was no commercial interruptions and that was a very big deal at the time. But the disruption was short lived. Before long, almost all cable channels—which you paid for to get free content—had ad content as well.

In the third golden age, which was both very recent and a lifetime ago, advertisers took over subsidizing a great deal of digital content. This began as banners and boxes, sometimes in really odd places, but over time the media landscape developed some discrete markers and measures for cost and value. This wasn’t a lift-and-shift for advertisers. They had to learn a lot of new skills. Many invested in a lot of bad ideas. And many went under when the bubble burst. But the survivors survived, and they monetized.

Now, if we stopped the clock before social and look just at prices, what we’d see is that costs rose from newspaper to television, rose again as integrated marketing took off (coordinated campaigns across TV, papers and direct channels) and then fell fast as content went digital. Though this table just shows one point in time (the present), you can see a freeze frame of the relative costs quite clearly here.

When social entered the mix, it looked like that downward trend line would actually become a free fall. Social is “free,” so the quality of community generated and curated content could be much lower. And for a time, the mantra “information should be free” also suggested that long-form content should be free, so paywalls started to fall everywhere. (Remember how much HBR used to charge for “article reprints?”) So advertisers, whose whole model was based on high quality, high cost, short form content…well, it didn’t look good. Unlike the third age, there wasn’t an obvious silver bullet like “learn to code, turn billboards to banners and sell digital space by the pixel.” There’s no revenue model in “free” but service, and when standards are low, service doesn’t sell.

But as we’ve all learned, there can be a high cost to both free and choice. The time we spend sorting through haystacks of low-quality, poorly-generated “content marketing” looking for useful, trustworthy content has a cost, as does developing the kind of high quality content we rely on media, universities, consultancies and others to develop. What hasn’t been clear is when we’d reach a tipping point where the market forces driving social media toward greater profitability (Twitter, I’m looking at you), the saturation limits of content consumers (that’s us) would combine to begin to move the pendulum back to higher cost and higher quality.

Which leaves us at this interesting inflection point. I hope Elgan’s right. I’d like to believe in the sunny-side-up potential of high quality content that has to have real value to succeed. I’m inspired by the combined potential of measurement and customer-centricity. I also believe there’s no industry better poised to deliver value than the advertising industry. Brands exist to make people take action. Ads are how they get the job done. We all benefit from the economic engine they represent.

Another Golden Age for Ads?